What are the limits of everlasting mercy? 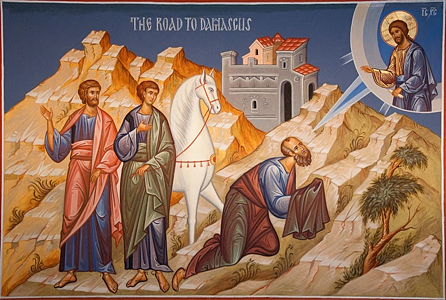 “And the LORD said, My spirit shall not always strive with man, for that he also is flesh: yet his days shall be an hundred and twenty years.” Genesis 6:3

“For the LORD is good; His lovingkindness is everlasting and His faithfulness to all generations.” Psalm 100:5

“O give thanks unto the LORD; for he is good: for his mercy endureth forever.” Psalm 136:1

Question: If God’s Spirit “shall not always strive with man” (Genesis 6:3), then what are the limits of God’s mercy? David proclaims God’s mercy as enduring forever and his lovingkindness as everlasting. But doesn’t his patience run out? Doesn’t the story of Noah, for example, show that God is patient and long-suffering, but that he also has his limits … limits that ended in world-destruction through the flood? Doesn’t Peter imagine God’s wrath being stored up for a final incineration of this world? (2 Peter 3:10). And what about the Book of Revelation? Doesn’t it teach that the love and grace of Jesus Christ extend throughout this age, but culminate in a second-coming marked by Christ’s violent overthrow of the powers and its people? (Revelation 19). Does this mean his lovingkindness is only forever for believers or the elect?

Response: The best way to resolve this tension, in my view, is to locate the limits of God’s mercy elsewhere than duration (because mercy is rooted in his eternal nature, which is love). Even in Jeremiah’s Lamentations, the prophet insists, “Because of the LORD’S great love, we are not consumed, for his compassions never fail” (3:22). That’s a lot of faith for someone’s whose city was under siege and would in fact be consumed.

Moreover, Peter describes how the mercy of God towards those who perished in the flood even outlasted their deaths. His first epistle (chapters 3-4) describes a God who never gives up, even on the prototypical wicked. The divine Word assumes perishable flesh so that Jesus Christ can pursue them even into the underworld, where the “gospel was preached also to those who are dead, that they might be judged according to men in the flesh, but live according to God in the spirit” (4:6).

If the limit of God’s mercy is neither death nor duration, then what? I would propose that divine mercy finds its limits at coercion. When the Bible says his restraining Spirit “will not strive forever,” it means that when our defiance escalates to critical mass, it is not that God’s mercy ends–it’s that he will not rescue us by coercion. As I’ve written elsewhere, “he gives us over” to the self-destructive consequences of our choices rather than forcing us to obey. That is, his striving stops short of violent intervention, but he never ceases to wait in love for our eventual return home.

In A More Christlike God I describe how this “giving over” reality can metaphorically be called “wrath.” But in fact, if we persist in refusing God’s striving call home, sin itself destroys us (not God, directly) … and even then, God’s mercy is not exhausted. It remains forever, outlasting our willful rejection, out-waiting our self-destructive choices and even outliving death itself. So the limits of this mercy are not gauged by a patience that gets weary, but instead, a love that wins by love, but never will-violating force.

Not that the limits of mercy (shy of coercion) are anemic or powerless. Illumination can seem very forceful … recall the Apostle Paul’s conversion! The commitment of God to turning Paul’s heart did not come in half-measures. But even there, if we hear Paul’s analysis in 2 Corinthians 4, God did not shackle him into submission, but instead, unshackled him for redemption. God’s patience–the Spirit’s willingness to strive with Paul–was to the extreme, even giving Paul over to his murderous ways. But his wickedness did not outlast God’s mercy and did not require God’s coercion (if only barely).

The point is, for there to be no contradiction between a striving that ceases and a mercy that endures, we set the limits of mercy at coercive force while counting on everlasting (limitless) love, which means even beyond the grave. “We look forward to the resurrection of the dead and to the LIFE of the age to come!” (Nicene Creed)